Many people know about the existence of natural and synthetic stones, but what is the difference between them other than the price, could you tell?

Natural gemstones are those formed by nature without human involvement, over the years. They are two types of Natural gemstones, one are the inorganic origin similar to minerals like ruby, sapphire, aquamarine, diamond, etc whereas organic origin are the animal or plant origin such as pearl, amber and coral.

Some of these beautiful gemstones are rare and scarce; therefore it needed to be produced artificially in laboratories, thus came the synthetic gems, which are like “clones” of natural gemstones. These synthetic gemstones are produced from natural gems, which are pulverized and the material thus obtained is melted and recrystallized, under conditions which vary depending on the process used. Because they are obtained from natural material, they have similar physical properties (color, brightness, density, refractive index, hardness, etc.) as the natural gems. Similar in appearance, they can even deceive the experienced gemmologist eyes sometimes though use of Gemmological microscope makes it possible to identify their synthesis.

Here I would like to clarify that synthetic gemstone is not artificial gem. In Gemmology there is a big difference between these two types. Synthetic stone is produced in the laboratory, but it has a natural counterpart on the other hand artificial gem does not; It is totally invented by man, not having a natural match.

An example of artificial gem is the cubic zirconia, which does not exist or at least was never found in nature, but is an invention of man. The less demanding consumer may not value this difference, but it is rather important as it copies the look and color of the real stone but does not have the same physical and chemical characteristics.

Buying jewellery can be fun, exciting and expensive. Whether you’re thinking on buying a gift of jewellery for someone special or as a luxury for yourself, take some time to learn the terms used in the industry so you can get the best value and quality, regardless of whether you’re buying in a traditional store, by catalogue or on the internet. 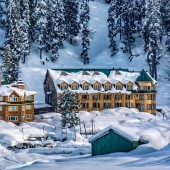 Luscious sapphire, rich ruby, admirable corals, gorgeous garnet and pretty pearls. Diamonds are a girls’ best friend. You see them every day; dangling from golden chains, sparkling on a finger or shining on a wrist. Gemstones are a worldwide symbol for love on an engagement ring. Every one has to buy one some point or [...]
0
By Anujgems@2020

Luscious sapphire, rich ruby, admirable corals, gorgeous garnet and pretty pearls. Diamonds are a girls’ best friend. You see them every day; dangling from golden chains, sparkling on a finger or shining on a wrist. Gemstones are a worldwide symbol for love on an engagement ring. Every one has to buy one some point or [...]
0
By Anujgems@2020

Gems need Certification, won’t you agree? And with an investment so big why not settle only for the best. With no universally accepted grading system for coloured gemstones, there is also, in turn, no way to be able to understand how a gem should be graded or analysed. A Gemstone Report’s mission is to judge whether the [...]
0
By Anujgems@2020

We at Anuj Gems are Passionate about Gemstones & Jewellery. We believe that Gemstones are God’s wonderful & beautiful gift to the mankind. Anuj Gems deals in 100% Natural, Untreated & Best Quality Gem stones & Designer Jewellery.

Disclaimer: The product images and their price is shown are for illustration purposes only and may not be an exact representation of the product. Actual product and their price may vary according to product quality, price, origin and its shape.
Copyright © 2018-21 Anuj Gems. All rights reserved. Products and specifications subject to change without notice.
Close